The Band Department at Naperville Central High School is under the direction of Band Directors D.J. Alstadt and Brandon Estes.

As one of the few areas remaining in which the imaginative, creative approach to self-expression is fostered, the fine arts – especially music – have an important role to play in the education of our students. The focus of the NCHS music program is performance – the making of music – although the emphasis on performance is not necessarily to be translated as public performance only.

Performance occurs in the classroom as well as in a staged setting. A performance philosophy means that we, as music educators, feel that a student learns most about music while handling its materials. The ability to effectively communicate a musical expression, musical picture or musical sensation to a listener’s ear is the goal of musical performance. 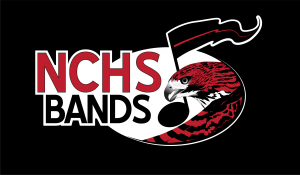 Copyright 2022 NCHS Band and Band Boosters Association
Contact: nchs.bba.webmaster@gmail.com
The NCHS Band and Band Boosters Association maintain this website. This website is unaffiliated with both Naperville Central High School and Naperville Community Unit School District 203. Neither Naperville Central High School nor Naperville Community Unit School District 203 is responsible for the content of this website or those to which it links. Website Terms and Conditions: https://nchsbands.org/nchs-bands-website-terms-and-conditions/