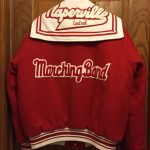 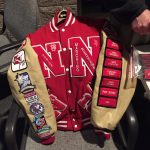 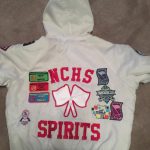 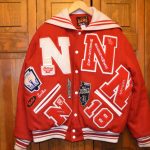 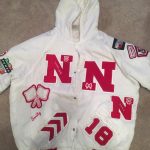 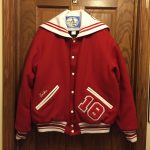 Referred to by many as “white puffy jackets” favored by the NCHS Spirits. Girls often use these as award jackets and choose to have their letters, numerals, patches, etc sewn on them.

Numbers and Letters that are provided by NCHS Bands (for Marching Band and Fall Guard):

Patches to be purchased from  Janor Sports or Lorenzos (when jacket is ordered or as needed): 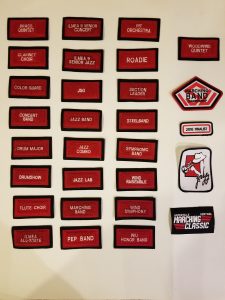 [expand trigclass=”noarrow” title=”Placement of Letters, Numbers, Bars and Patches on a Jacket”]

“Where do the letters, bars, patches and embroidery go on the letter jacket?”

This is a common question.  It depends on the number of letters, bars and patches to be placed.  It involves a little creativity in some cases!   Space planning for future possible award letters, patches or bars is important!  Consider the other sports and activities of the student as well.

Below please find a few examples that may help! 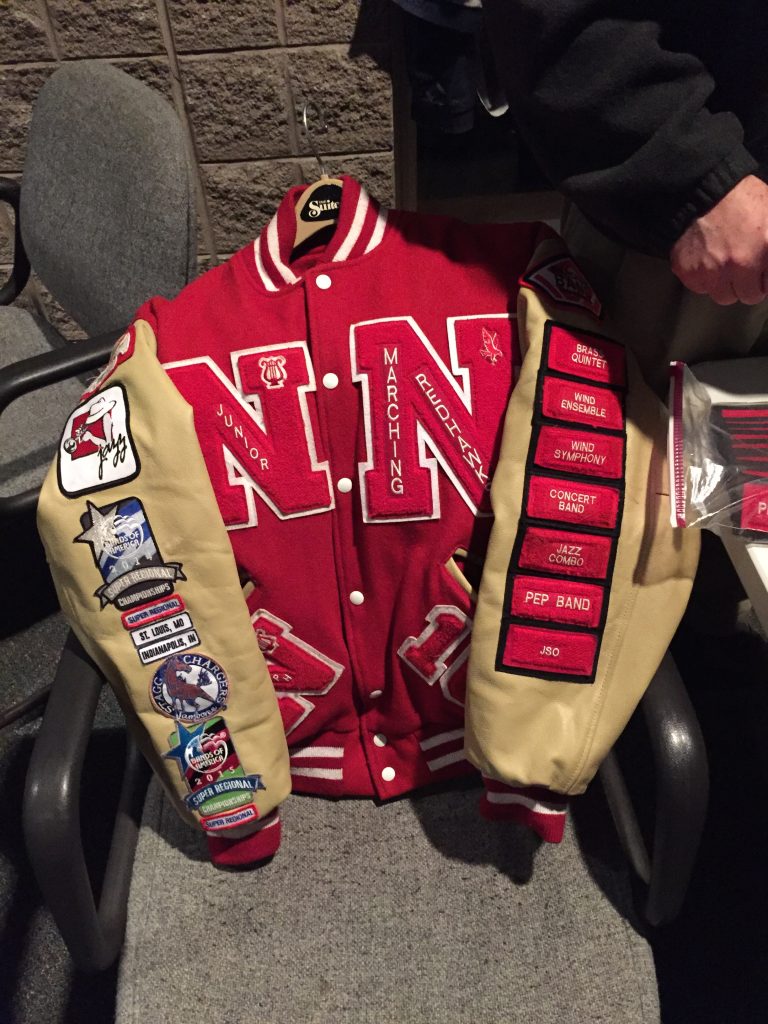 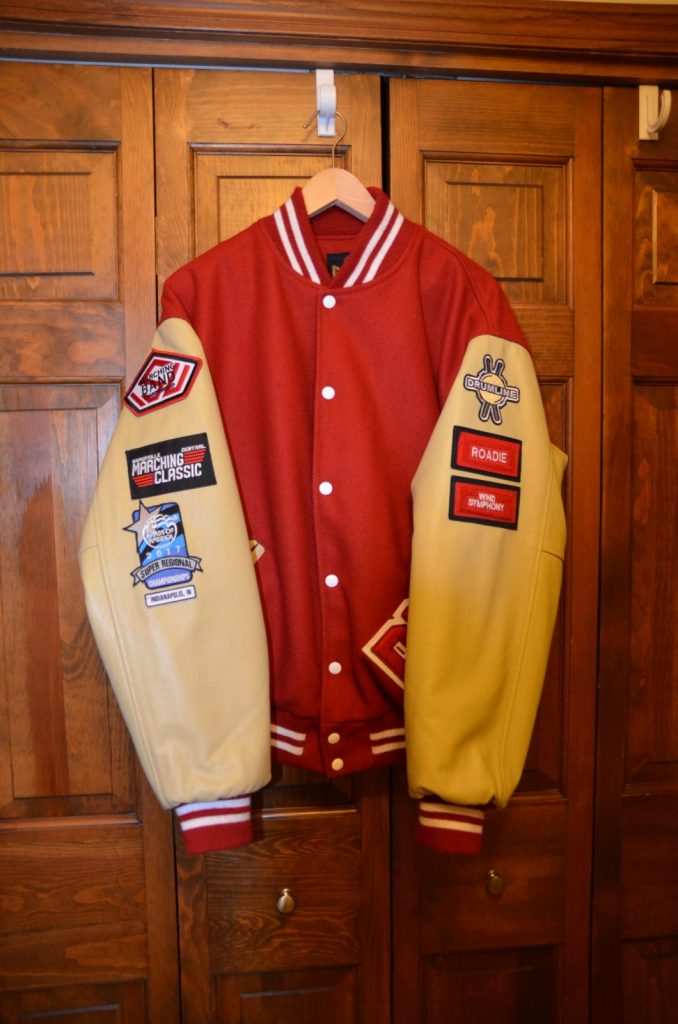 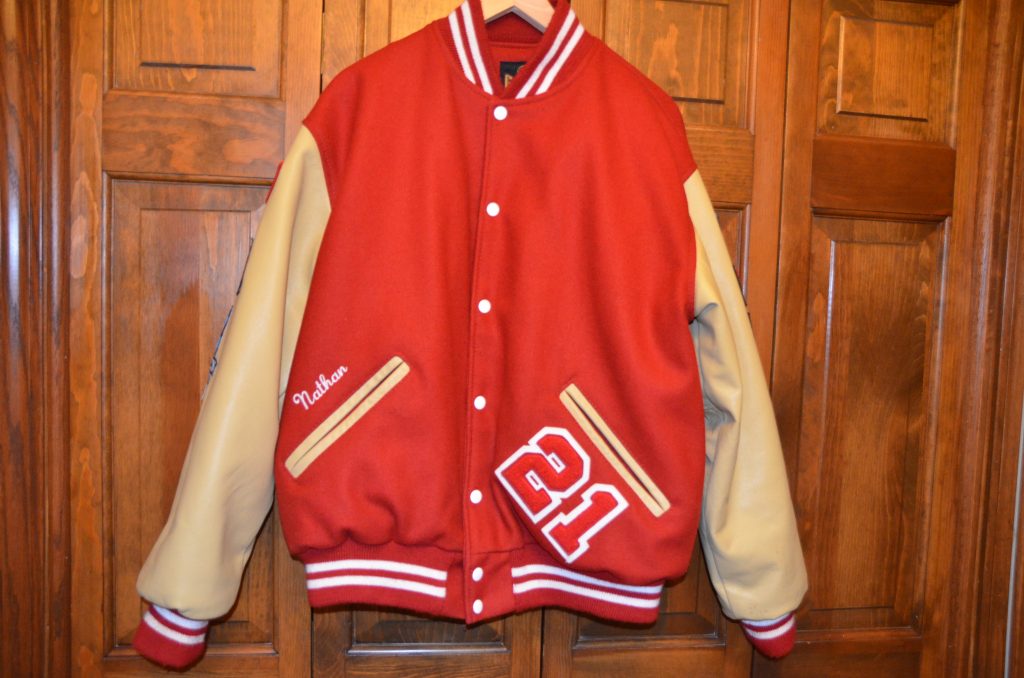 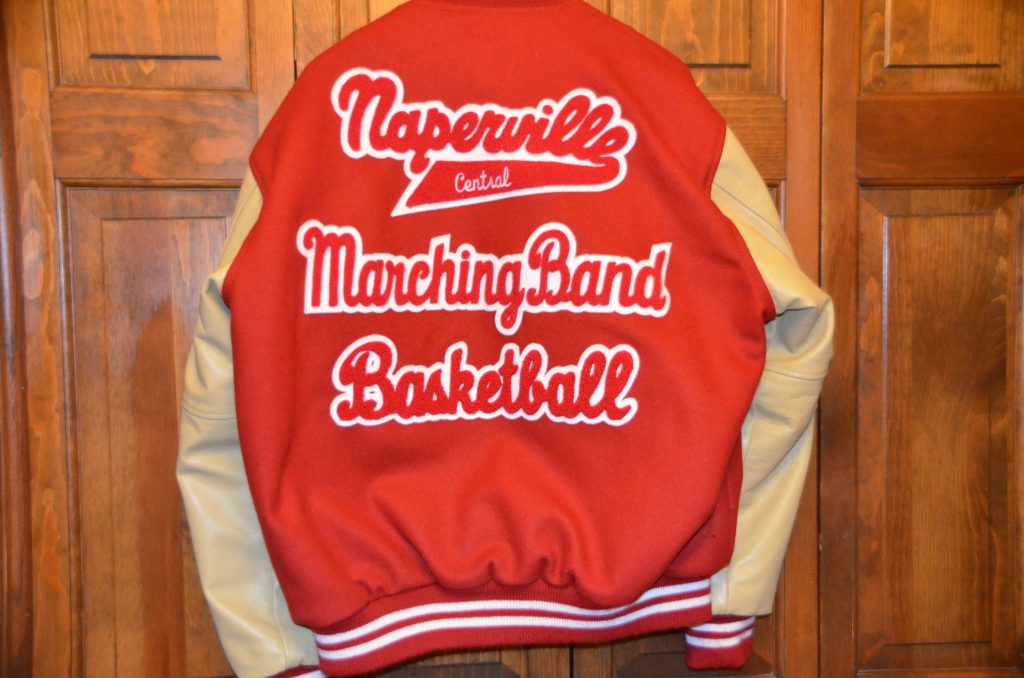 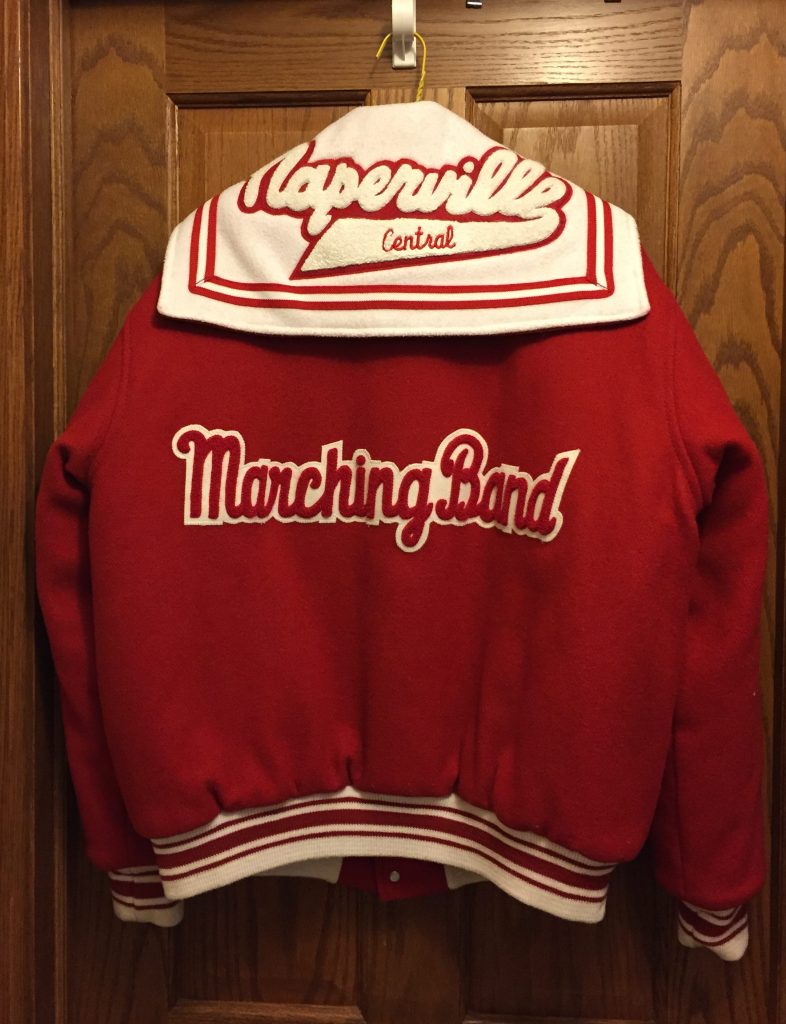 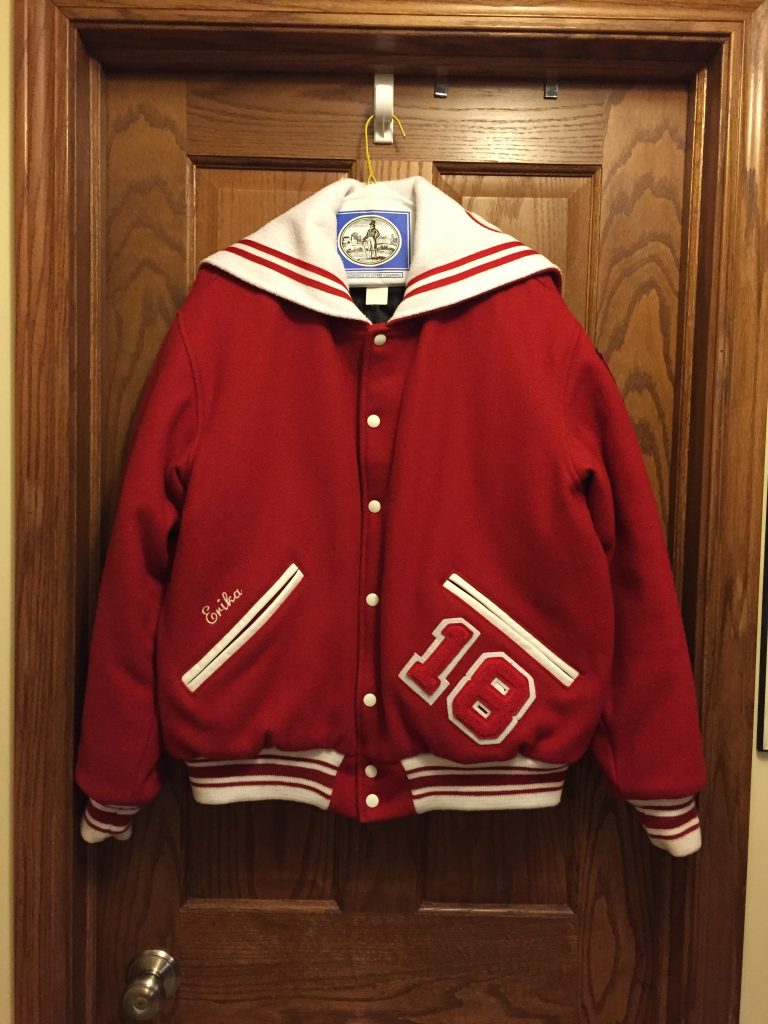 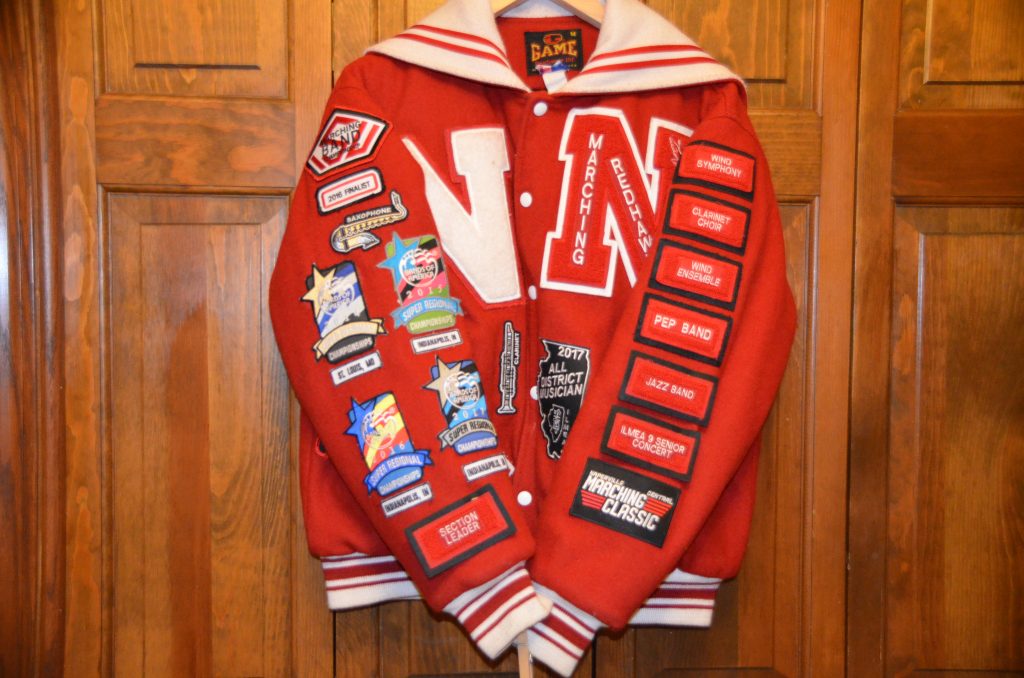 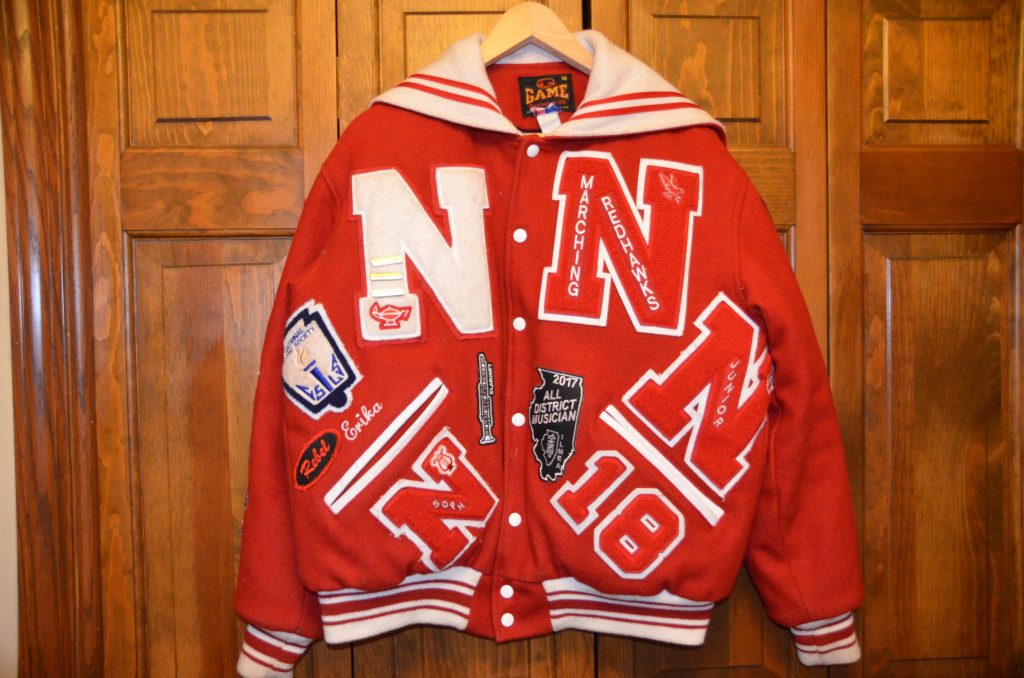 Same Ladies Letter Jacket during senior year.  For placing a white Academic Letter given at the Sophomore 4.0 breakfast – the Junior letter is either moved below the Varsity letter as shown or the academic letter can be placed above the Junior Letter (challenging to sew on).  The academic gold bars can be pinned to the academic letter. 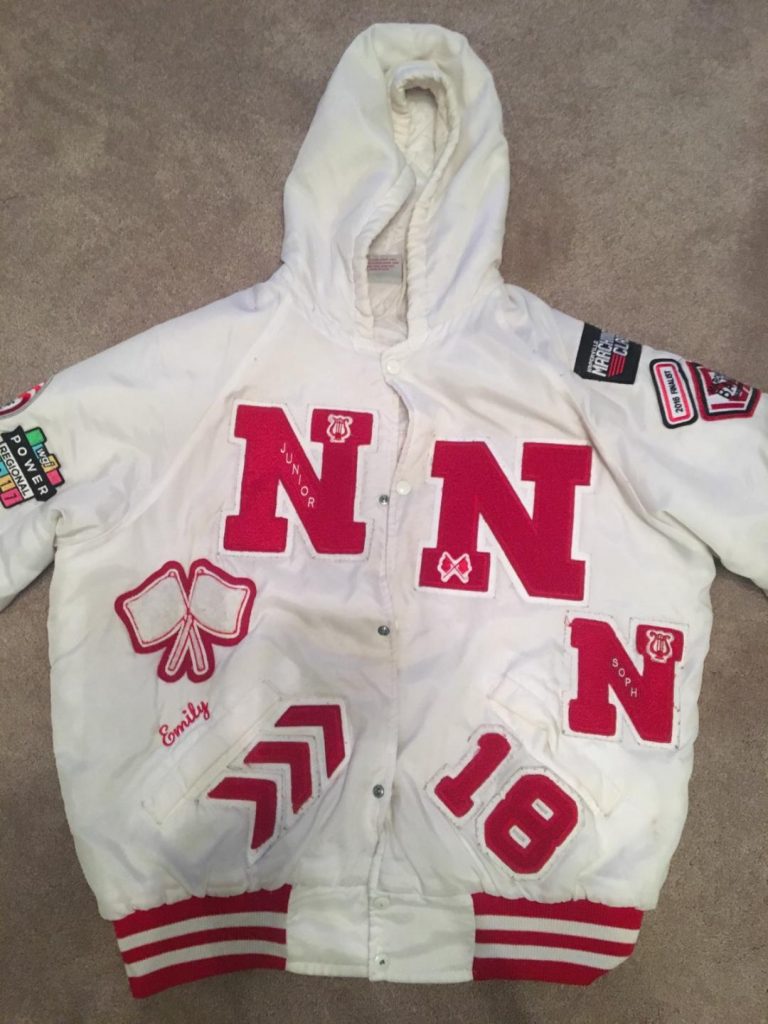 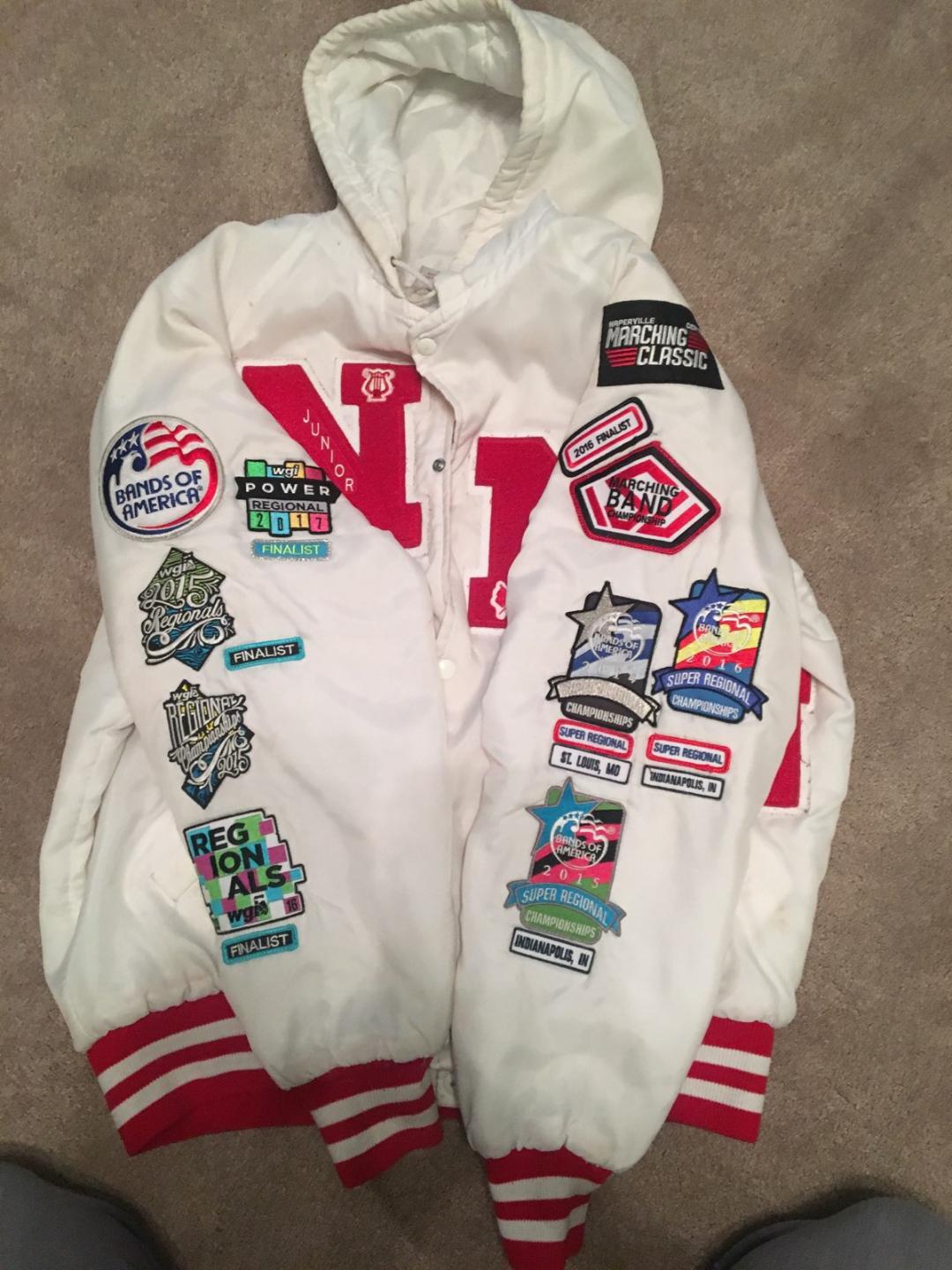 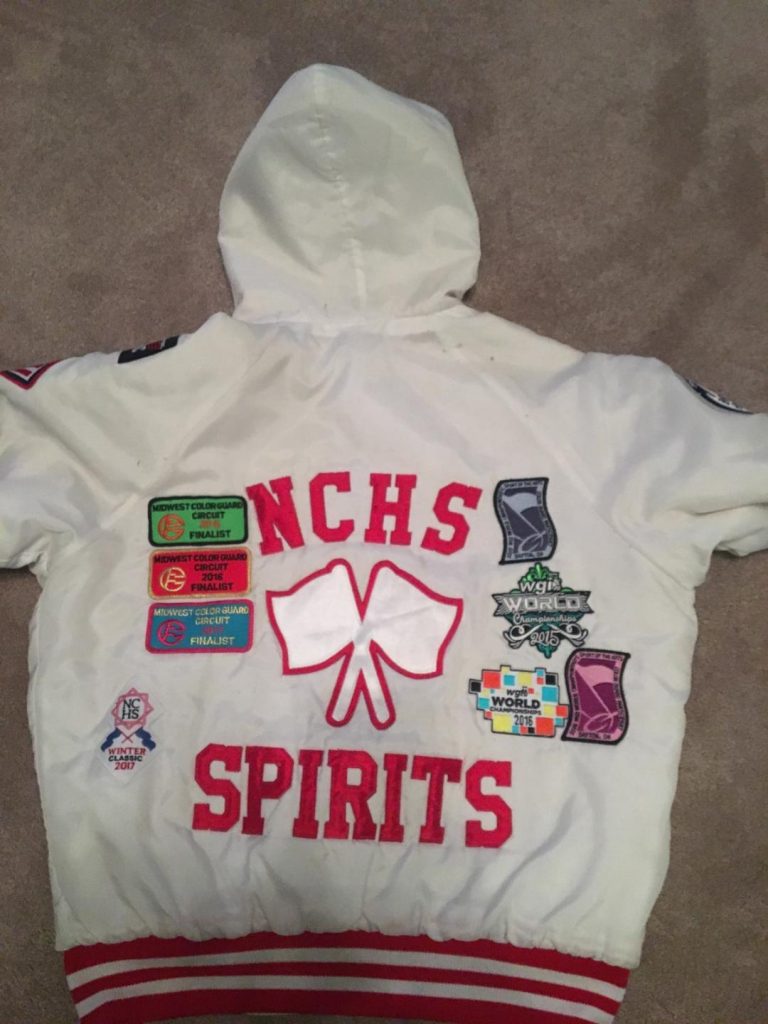 [expand trigclass=”noarrow” title=”I need help sewing all these patches on the letter jacket!”]

Sewing on the letters and patches can require a good sewing machine or great patience with a thimble, needle, and thread.  Looking for other options?

Give plenty of lead time.  $10 or more per letter or patch to sew on a jacket.

(if you have found a great resource for sewing patches on letter jackets please share!  nchsbbawebmaster@gmail.com)